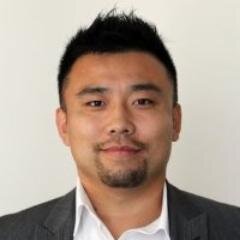 Thanks to the Williamstown Football Club for the following story.

The Williamstown Football Club is pleased to appoint Jiaming (Jamie) Pi as the club’s Multicultural Advisor. Jamie will be working closely with the club towards the lead up to our Multicultural Community Day on Sunday 13th April and when the club hosts the China National Team at the International Cup in August this year.

Jiaming (Jamie) Pi is leading the pack with diversity in footy. Jamie first came to Australia as a 13 year old with his parents from the far North Western corner of China. After falling in love with the game of Aussie Rules in  the school yard, Jamie used our great game to learn English and settle into Australia.

Since then, football has became an integral part of his life. In the last decade Jamie has provided commentary of AFL games in Mandarin for local Chinese radio stations, for Shanghai TV and even sat next to now Chinese President Xi Jin Ping to explain the intricacies of our great game.

Since 2007 Jamie has been involved with the most diverse football club in the country, Dragons Football Club (formerly Southern Dragons FC) where he was their inaugural captain, then became treasurer and eventually was President for 2 season.

This year will be Jamie’s 21st season involved in football at different levels and in different countries and he is excited to bring his passion of cultural diversity in football to the Williamstown Football Club.