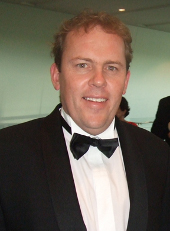 GWS Giants chief executive Dave Matthews says the club may look at playing matches for premiership points in the coming years, with China, India and the USA mentioned in an article that appeared in Melbourne newspaper The Age this morning.

Mr Matthews praised the NZ venture that saw St Kilda and Melbourne clash in Wellington this year, and says the Giants may be interested in also taking matches offshore.

However, he also mentioned that Giants home games could not be transferred, with an agreement in place with the ACT government to play 3 home-and-away matches in Canberra each year until 2021, and the remainder to stay at the Sydney Showgrounds.

This raises the possibility of another AFL club to move an otherwise low-drawing home game against the Giants overseas, if a financial incentive presents itself.

For more, read AFL Team Giants keen to play in China, US and India.