New to the International Cup will be an AFL9s tournament, which the AFL describes as an "exciting and new evolution to the AFL International Cup with an objective of providing an entry level opportunity for a greater number of countries and teams to be involved".  Indeed the lure of a shorter stay with less players required could see a number of new nations participate for the first time, hopefully with the goal of graduating to the full-side version in future Cups.

Read on for the preliminary schedule of events. 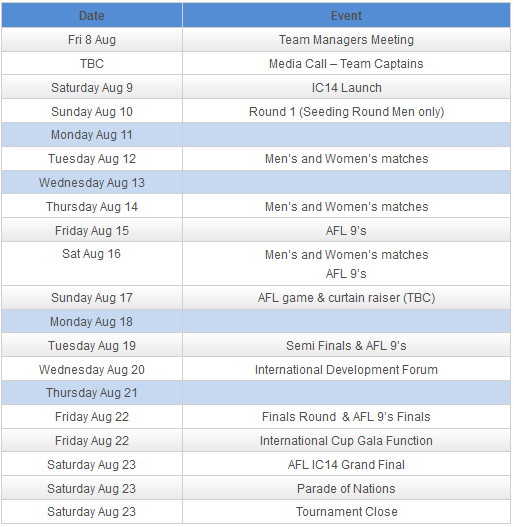