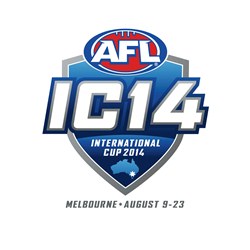 
“We are committed to building on the success of IC11 and we believe we can once again deliver a great experience for all participating nations by hosting this event in the AFL’s heartland.

“By basing the carnival in Melbourne we are able to engage with the broader football community including the AFL, VFL and suburban leagues.

“We look forward to welcoming countries from Oceania, North America, Europe, the Middle East, Asia and Africa. While the countries have various playing standards and local development programs, the common denominator is all the participants share our love of playing our great game,” he said.


“It’s quite magical to witness firsthand the cultural and language interpretation and expression of AFL as it is developed and nurtured in the arms of communities all over the world.”


The International Cup is a feature in the AFL International calendar and plays a role in supporting the growth of AFL internationally. The concept grew from the passion of committed individuals from both Australia and abroad following successful smaller carnivals with international participation.


The International Cup is played every three years. No expatriate Australians are eligible to play. Teams comprise solely of amateurs who must be nationals of the country they represent.


The International Cup has significantly grown from the first carnival in 2002 where 11 countries competed. In 2011 there were 23 teams - 18 men's teams across two divisions and five women’s teams that traveled to Sydney and Melbourne.