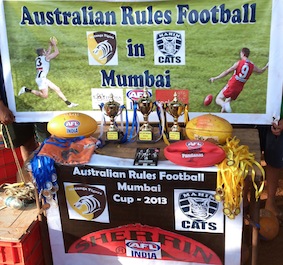 May 2nd, 2013 - It was that kind of a summer day in Mumbai where people would rather stay indoor than venture out in the scorching heat outside, let alone play under such conditions.

Good luck getting that through to the 80 odd kids who turned up to play in an Australian Rules Football tournament in Mumbai, a considerably bigger affair than last year’s inaugural tournament! No wonder they’re always using the word ‘madness’ in the same breath as ‘Footy’. Well, madness it is and we love it!

Shivaji Park provided the setting for the clash between the Matunga Tigers and the Mahim Cats, the 2 local Footy teams in Mumbai. The lads were divided into 3 age groups viz Under-14, Under-18 and an open age group, to fight it out in a best of 3 format.

Special guests were Lincoln Harris of India Unbound and Sudip Chakraborty, captain of the Indian Tigers - with the two going a step beyond encouraging speeches and actually playing against each other, representing the teams in the open age group final. They also donned the umpire’s jersey and officiated in a few matches. Incidentally, Sudip had made his way straight to the ground after a 30 hour long train journey from Kolkata!

The history of Footy in Mumbai can be traced back to 2011, when Lincoln started to kick a Footy around with kids in and around Shivaji Park. He went on to help grow the sport by providing the basic equipment and occasional financial support to help sustain the momentum. The bulk of financial support required to pull-off this particular event was also provided by Lincoln himself; however each player chipped in to ensure they had sufficient funds in place.

What made the tournament pleasantly unique was the fact that a few of the parents, apart from being present the entire day, actually prepared lunch and refreshments for everyone present. To top it off, there was also a never-ending supply of lemonade and ORS to keep the players hydrated in such demanding conditions. What a lift for the boys it was!

The matches themselves were hard-fought, close encounters. The boys seemed to be enjoying themselves, trying out their skills in this relatively new sport and they were keen to learn from the experience of Sudip and Lincoln.

The Mahim Cats emerged victorious in the U-14 and open-age encounters while the Matunga Tigers ran away with the U-18 honours. But the day wasn’t about medals and trophies, it was a day to throw caution to the wind and experience the madness, the Aussie way!

From Sudip’s perspective, who has been working tirelessly for the past few years to develop the sport in the nation, it was a moment of immense pride to see the local lads, led by Sumesh and Mayur, take the initiative and execute it in the most professional of manners. “It’s the first time that a Footy tourney has been organised in India without any direct involvement from my side… It was an overwhelming experience… can’t really explain!”

The tournament in itself was not the kind of affair that would make people sit up and take notice, but for the people at the Australian Rules Football Association in India, it was an encouraging sign of growing interest and a marker for the days to come. It served up a delectable concoction of excitement and passion, along with some valuable lessons learnt.

The lads were over the moon to find the tourney covered in a local newspaper the next day. A proud moment it was for Footy in India, and a worthy example to follow for the rest of the nation. 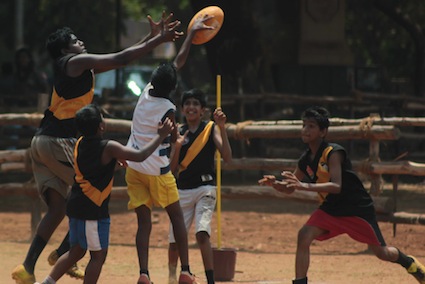 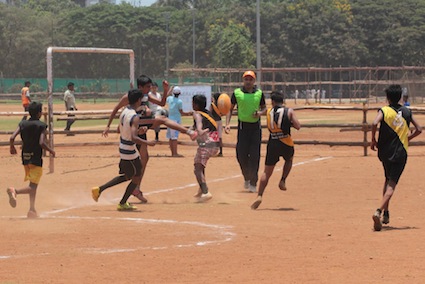 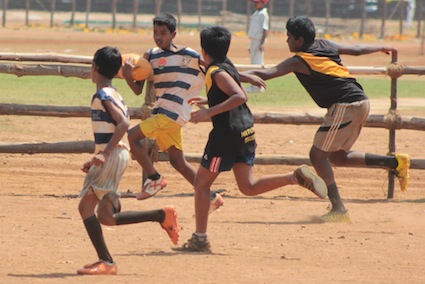 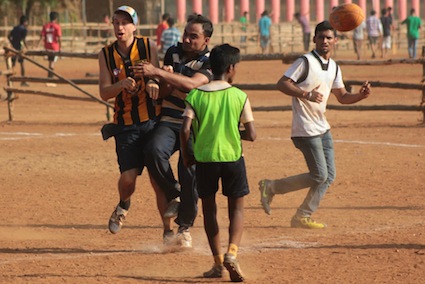