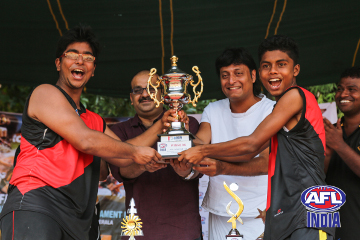 After a few years of hard work to get Footy rolling in different parts of the country, finally AFL India successfully hosted the inaugural Aussie Rules tournament in India earlier this month, at Kozhikode, a southern Indian coastal city in the state of Kerala. The tournament saw five teams - the Mahim Cats and Matunga Tigers from Mumbai, North Kozhikode Bombers and South Kozhikode Giants from Kozhikode and Madurai Kangaroos from Madurai, playing each other in a round robin format to qualify for the Grand Final.

A fantatsic show of skills and sportsmanship were on display as the players from different sporting and economic backgrounds and different age groups faced each other, all aiming to lift the first ever AFL India – OGM Cup, sponsored by Perth based mining company OGM, along with its Indian counterpart RP Group of Companies. Eventually it was an all Kozhikode Grand Final, where the Giants were beaten in a close contest by the Bombers, who clinched the trophy.

The tournament was organised by Australian Football Association of Kerala at Malabar Christian College grounds in Kozhikode, Kerala on 2nd December 2012, and was inaugurated by Dr. Muneer, honourable Minister of Social Welfare and Panchayat, Government of Kerala, who handed over the match ball to the umpires.

The day saw some fantastic display of natural ability from players of different age and backgrounds fighting it out on the ground, who were showcasing their footy skills for the first time in a structured tournament of its kind, not to forget the great display of sportsman spirit at every opportunity. The inaugural match was played between hosts South Kozhikode Giants facing Matunga Tigers, resulting in a big victory for the Giants, who ultimately qualified for the finals undefeated throughout the league stage.

On the other hand, the North Kozhikode Bombers, Mahim Cats and Madurai Kangaroos put in a great effort throughout the day, with Bombers edging past all the other teams apart from the Giants to qualify for the Grand Final, making it an all-Kozhikode affair. The Tigers and Kangaroos on the other hand got a victory each to cherish, which will be good encouragement for them to do better in future tournaments. The Cats on the other hand will surely be ready to attack every opponent in future tournaments to snatch away their first victory. The league stage also saw all the officials from AFL India, whose hard work resulted in finally organizing the tournament, take on the umpires’ role alternatively and also put on jumpers of their choice to try and help their teams score a few more goals, but more so to remind everyone that Footy is a game for everyone to enjoy together.

The Grand Final saw an exciting, close contest between Giants and Bombers, who were rightfully in the finals given their dedicated training schedule, which comprised of an hour of regular training at the Kozhikode beach for nearly six months. But one also has to keep in mind that both the host city teams had a clear advantage when it came to physical size of the players, as compared to the other three teams. The Giants who had defeated the Bombers in the league stage and had entered the final unbeaten, were taken by surprise by the sudden Bombers’ counter-attack, who went on to defeat the Giants 3-1-19 to 1-5-11 and lifted the inaugural AFL India – OGM Cup from the hands of Mr. Peter Puliattu, representative of the title sponsors OGM / RP Group and Mr. Boby Chemmanur, Director of the Chemmanur Gold Company, who were the guest of honor for the prize distribution ceremony. There were also three special prizes for the players, namely the ‘Richmond Tigers Player of the Tournament’ won by N.V. Abdul Ashraf from South Kozhikode Giants, ‘Essendon Bombers Best Goal’ won by Sumesh Sawant from Matunga Tigers and ‘GWS Giants Best Mark’ won by R. Raja from Madurai Kangaroos.

AFL India would like to thank all the three AFL Clubs, Richmond Tigers, Essendon Bombers and GWS Giants for their support towards the historic tournament, along with the other sponsor Australia Unlimited. A special thanks to Australian Cricket legend Steve Waugh for being a patron for our tournament, whose involvement helped attract a lot of attention, probably a much required strategy to attract the cricket fans in India. We are also grateful to Reclink Australia for providing the wonderful support in helping Lincoln Harris set up the Mumbai teams and Rick Shrowder, Director of Global Community Sports, based in England, for the wonderful work he has put it in the city of Madurai, which culminated in the formation of the Madurai Kangaroos team with the help of Syed Ali, Rick’s man on ground in India, and his entire team. We would also like to thank Rhan Harris, Ambassador of Reclink Australia for flying up to Kozhikode from down under specially for the tournament, and sharing his skills and knowledge with the players from all the teams and training the umpires for the tournament.

Also thanks to the Indian media, specially the state media from Kerala, who showed immense support both during the first press conference for AFL India, organized on 1st December at Calicut (former name of Kozhikode) Press Club, to introduce people to the new sport, announce the decisions taken at the board meeting and information regarding the tournament and also during the tournament.

Earlier a board meeting was held on 30th November 2012 in Kozhikode, where the national governing body of Australian Rules Football in India got together and decided to register ‘Australian Rules Football Association in India’ with the Indian Government. The meeting was presided over by Tom Calder, Australian Trade Commissioner in India. The meeting resulted in the decision that Mr. P. A. Hamsa from Kozhikode, Kerala, will be the new President of the national governing body, with Sudip Chakraborty from Kolkata, West Bengal as the Secretary General, and Rajeev Tharani from Kozhikode as the Treasurer. The Vice Presidents of the body are Tom Calder from New Delhi and Mr. Ashim Dawn from Kolkata, with Rick Shrowder, Lincoln Harris and A. Syed Ali as executive committee members of the board.

Australian Rules Football Association in India plans to make this tournament an annual event with participation from more number of states in India next year, making it a bigger footy carnival, including possible clinics for umpires and coaches as well. All the information regarding AFL in India will be up on our brand new website which will be launched in the New Year and we are looking forward to offer advertisement space to anyone interested.

Some of these photos are courtesy of Reclink Mumbai. 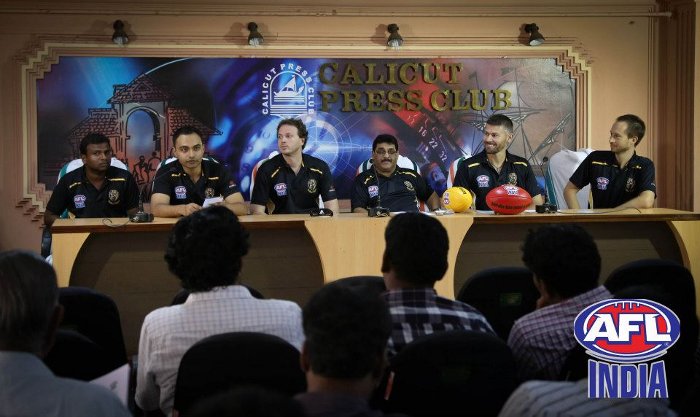 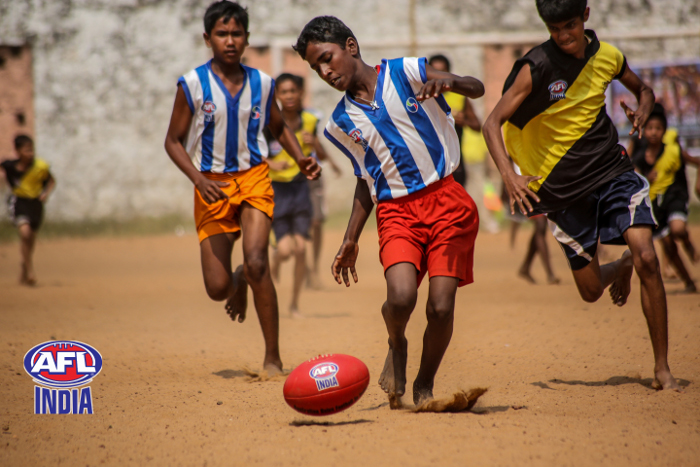 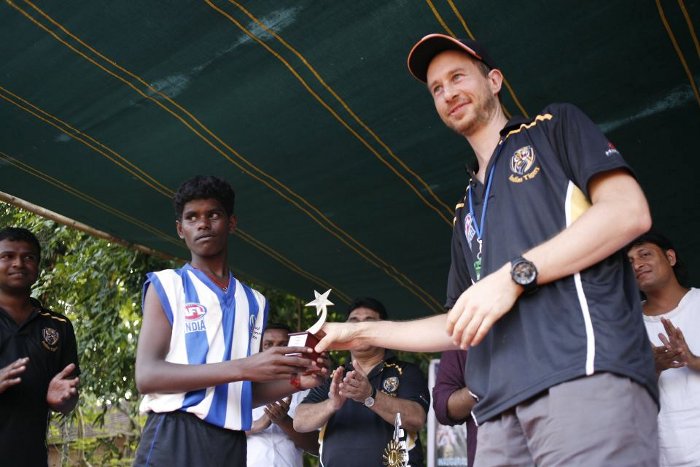 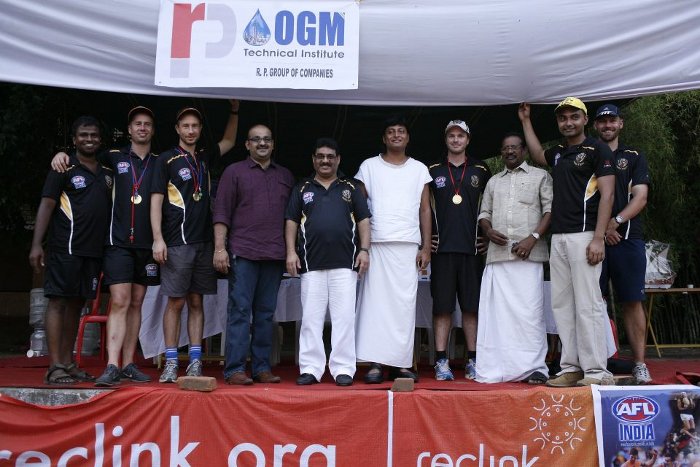 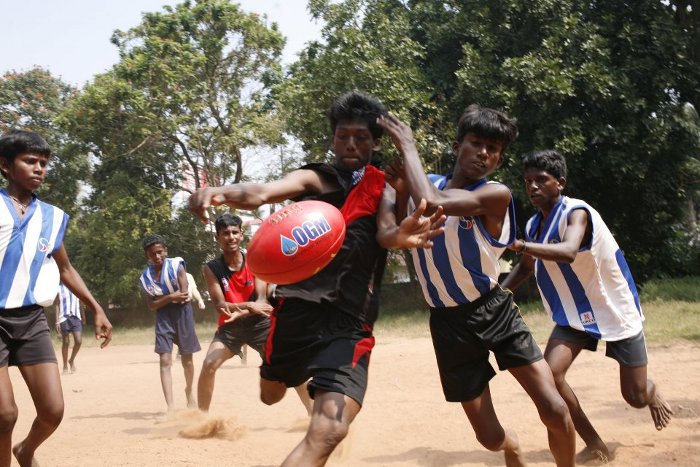 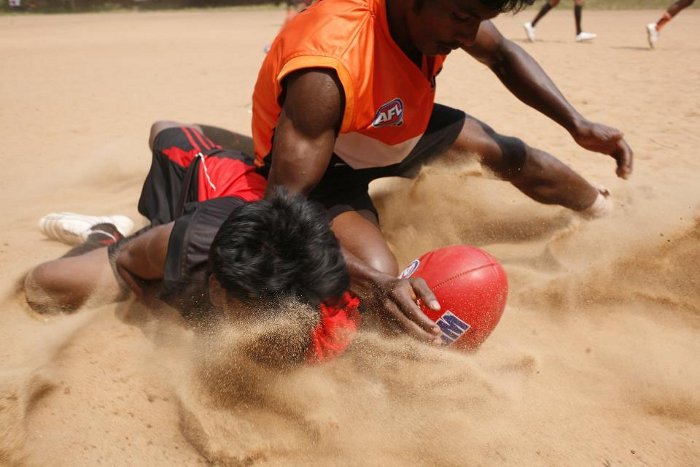 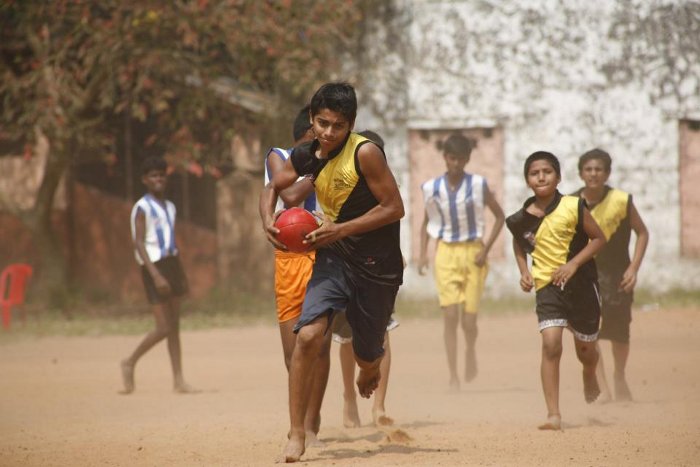 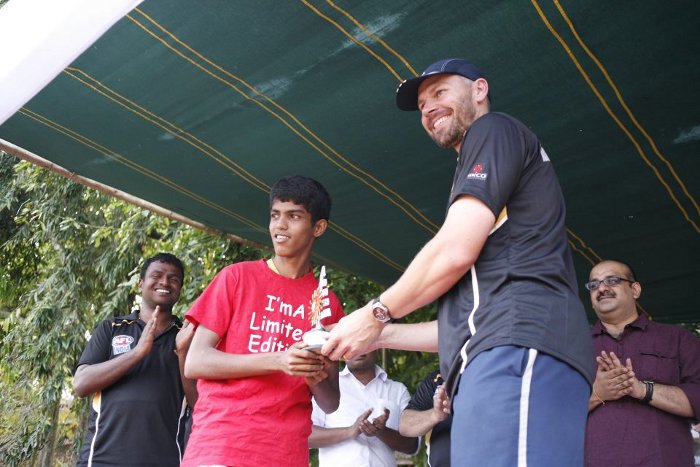 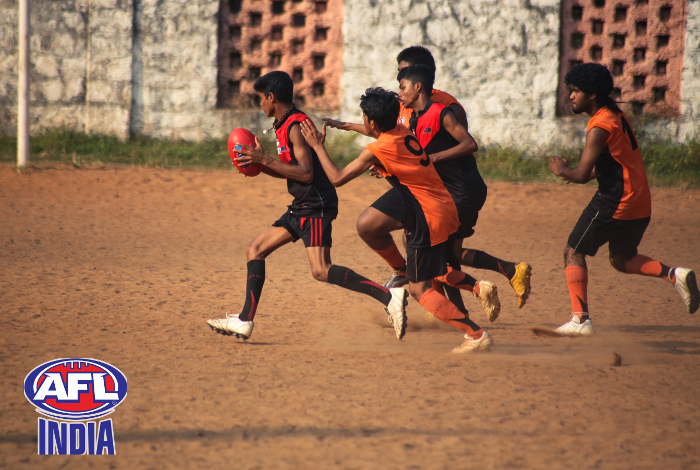