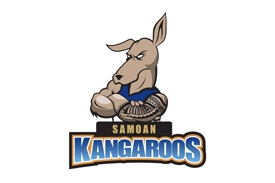 AFL Samoa in conjunction with the Samoa International Cricket Association will be holding a combined sports day on Saturday June 2nd at the Faleata Cricket grounds. RAN ship HMAS Darwin will be in port and the AFL Samoa seniors will take on the Darwin crew from 2pm on the ‘bottom oval’.

2012 marks the 50th anniversary Independence Celebrations throughout the Pacific island nation of Samoa. Originally known as Western Samoa; since July 1997 as Samoa. Independence was achieved on January 1st, 1962, although the push for independence dated back to around 1908 with the establishment the Mau movement.

Across May to September there are a number of sporting events, festivals, concerts and other celebrations. Official celebrations kick off Thursday May 31st with a church service. On Friday June 1st events include an address by the Head of State, Flag Raising, a Government Banquet and even a UB40 concert followed by fireworks.

Saturday the 2nd of June includes a float parade, various arts/crafts/photographic and trade/product/service exhibitions. And the sport.

AFL Samoa had put out the call for its experienced footy players, via a press release, to make themselves available – and training commences tomorrow evening, Thursday May 24th at 5pm at Maluafou College.

Gabel Stathis (AFL Development Officer) at AFL Samoa is organising the squad and can be contacted in Samoa on 7293589.

According to the press release, the Samoan Kangaroos will be made up of Samoans and a small number of ex-pat players.

Bruce Peak (Vice President of AFL Samoa) said the game is a friendly social match but will also give the Samoan Aussie Rules players some early preparation for the Oceania AFL Cup being held in Fiji this December.

“It’s going to be a great day. I can’t wait to see Samoans taking on Australians at their very own game,” Mr Peak said.