Giants to kick off in Canberra 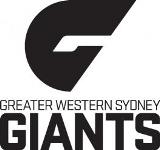 The Greater Western Sydney GIANTS are pleased to announce their first AFL match in Canberra against the Western Bulldogs this Saturday will be played for the Prime Minister’s Cup.

GIANTS Chief Executive David Matthews said the GIANTS’ first match in Canberra each year would be played for the Prime Minister’s Cup and celebrate the contribution of Australian football to the nation’s capital.

“The GIANTS are delighted to be part of something we hope will become an iconic event for Canberra and I want to sincerely thank the Prime Minister Julia Gillard for supporting this concept,” Matthews said.

The GIANTS will play the Western Bulldogs at Manuka Oval this Saturday April 28 as part of a 10-year agreement with the ACT Government to play three AFL Premiership matches each year in Canberra.

Prime Minister Julia Gillard said Canberra had a rich history of Australian football and had produced some of the great names of the game including  Carlton champion  Alex Jesaulenko and former Essendon captain and now coach James Hird.

“Australia’s political leaders, regardless of their political persuasion, have keenly followed our uniquely Australian game and like the Prime Minister’s XI cricket match this will become an annual event in Canberra,” she said.

“I cant think of a better match to kick off the Prime Minister’s Cup than the AFL’s newest club, the GIANTS, playing against the Western Bulldogs and I hope supporters from both clubs and AFL fans generally will support it.”

The Chief Executive of the Western Bulldogs Simon Garlick said the club was pleased to be involved in the inaugural Prime Minister’s Cup match.

“We are thrilled to be a part of the match especially given the red, white and blue’s connection to the Prime Minister. It is also fitting that the two teams come together in what will be the first battle of Melbourne and Sydney’s West,” he said.

“The GIANTS already have a solid fan base in the nation’s capital and this will surely grow with the our newest club committed to playing three home games in Canberra each season as well as NAB Cup matches whilst supporting other community initiatives for at least the next 10 years,” Mr Demetriou said.

“This Saturday’s game marks the start of a new tradition for Canberra and reflects the fact the GIANTS are intent on establishing a genuine AFL presence in the city, largely thanks to the support of the ACT Government and the nation’s political leaders.”

To be part of history and become a 2012 GIANTS Member go to www.gwsgiants.com.au. ACT membership packages are available starting at $80 for adults and $32 for children.