The AFL has released the results from the opening round of the 2011 Youth AFL Oceania Cup played today at Albert Park in Suva, Fiji.  Also, the Flying Boomerangs kicked off action today with a match against an Oceania Squad selected after yesterdays Lightening Tournament.  Obviously, the Oceania squad had limited preparation time and the result is far less important than the activity itself. 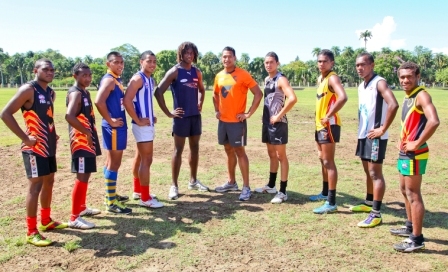 (images courtesy of the AFL).

Fiji One TV News clip of the day.