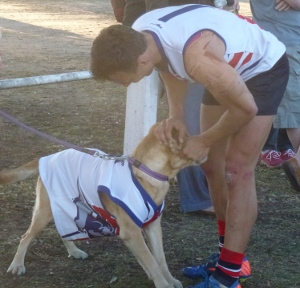 The International Cup was at its best like a festival of footy with a celebratory spirit and all the camaraderie expressed when the teams shook hands after the matches, notwithstanding two melee moments.

Celebrations were many, team and individual.

Team events included the French surfing millipede, while some supporters carried the bigger than big flags. The French women supporters adopted imitation moustaches in the spirit of Harpo Marx at the Grand Final.

The regular British number one guernsey dog was at the IC as it was in 2008, joining the players on their last lap of the ground.

Some players decided that the best place for a mouthguard at quarter time was not the sock but the ear, while one Brit took a ‘hanger’ after the Bulldogs’ last match.

…but perhaps the palm for celebrations went to the victorious Irish…their Cup ran over as the celebrations continued with a jig in Royal Park, and on the G,  then in the stands…and then at the bar. 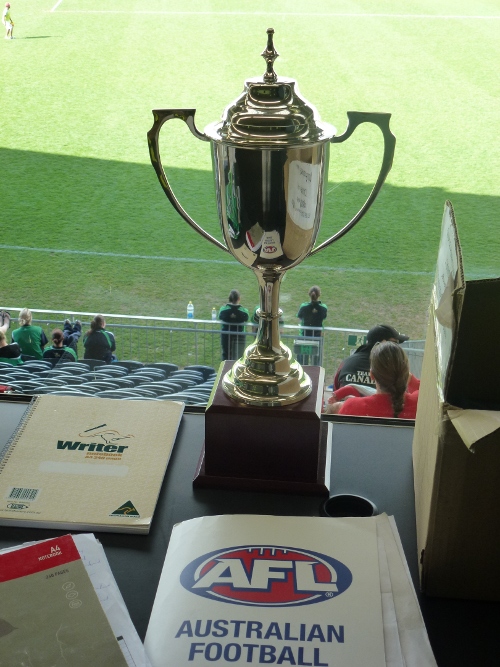 The Men's Division 1 Cup at Blacktown

If les garcons can grow moustaches.... French supporters at the Grand Final 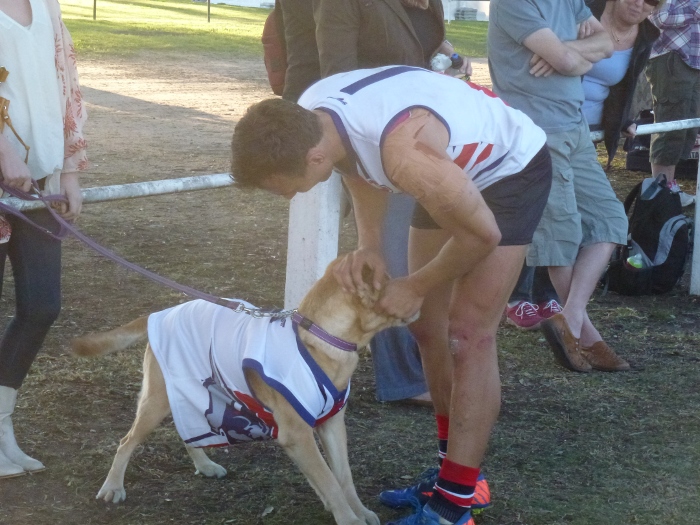 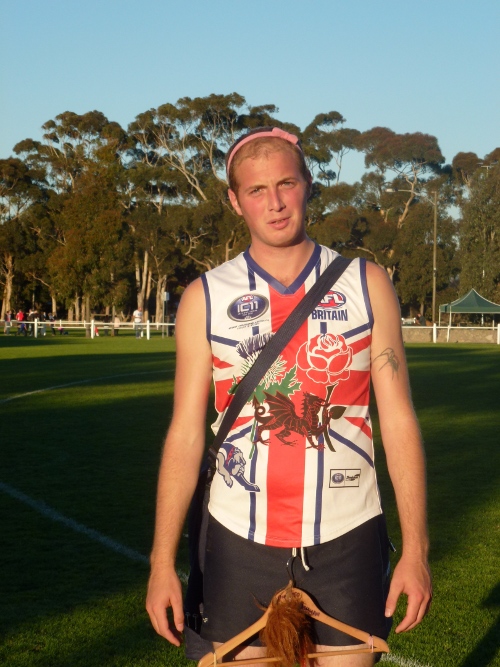 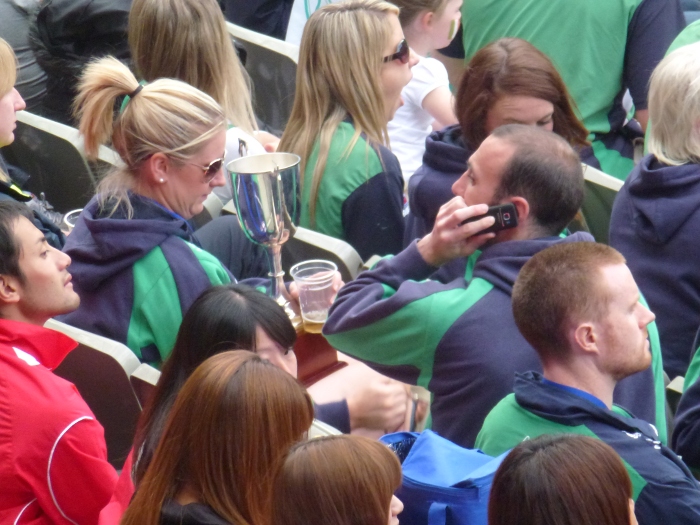 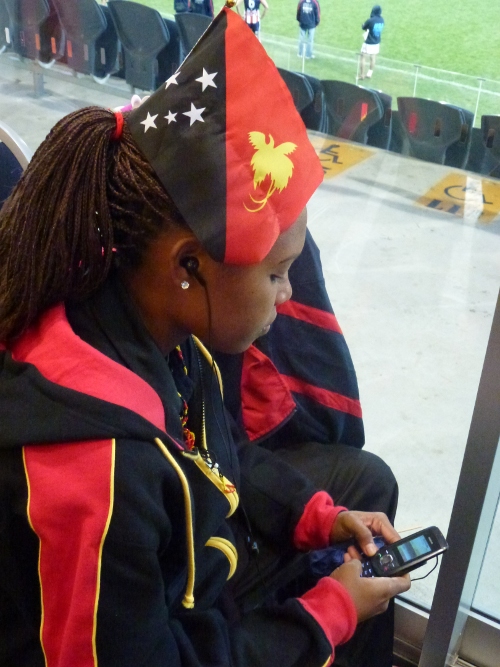 Creative and fascinating flags from PNG 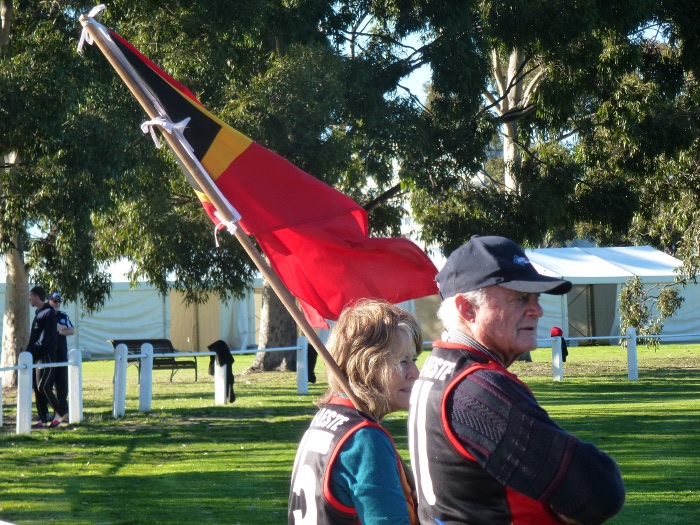 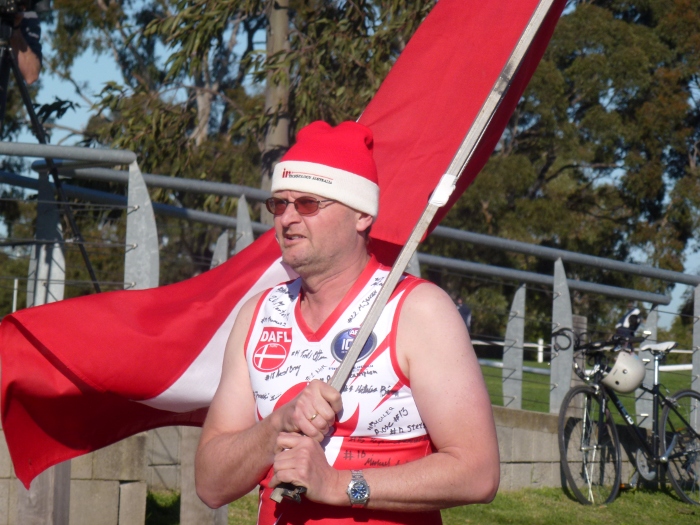 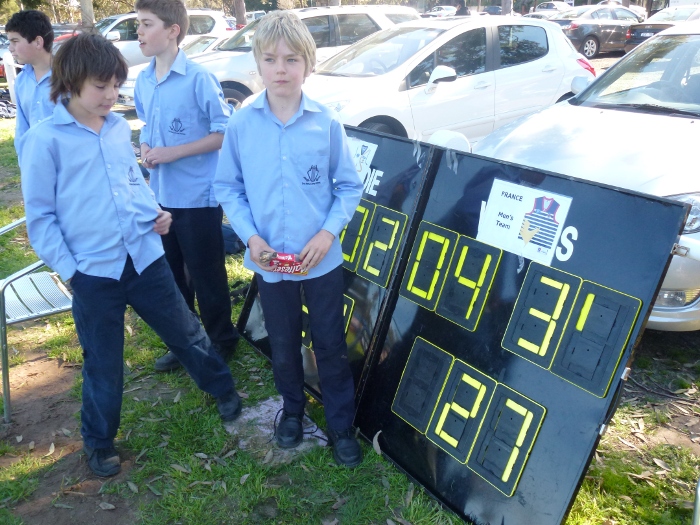