As is becoming a tradition, the World Team was announced at the 2011 AFL International Cup Gala Dinner on Friday night.  This time there were squads to announce - both men's and women's.

For the men PNG had 4 players selected, four teams had 3 representatives (Ireland, New Zealand, South Africa and the USA), while Fiji, Tonga, Canada, Nauru, Denmark, Japan, Great Britain and Sweden all had one player picked in the 24 man (18 + 6 interchange) line up.  An odd omission (perhaps based on limited number of games) was Fiji's star Dylan Wolfgramm.  Michael Finn (Ireland) was named captain.

For the inaugural women's World Team Ireland lead the way with 8, the USA came nexy with 6, Canada had 5, PNG 3 and Australia Indigenous Multicultural 2.  Judith Stein (USA) leads the side.

Below are both teams. 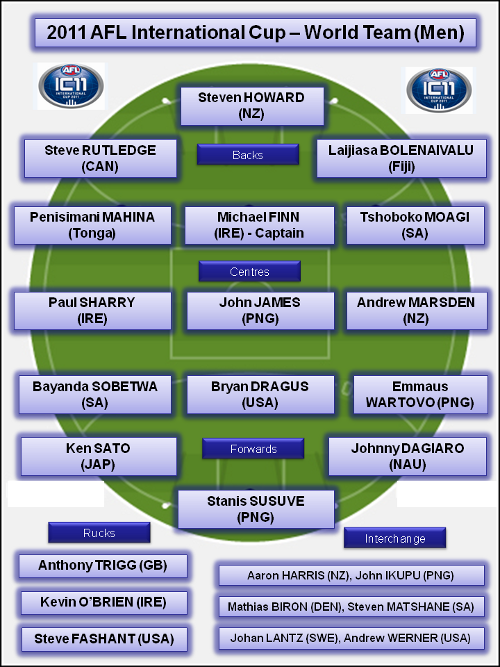 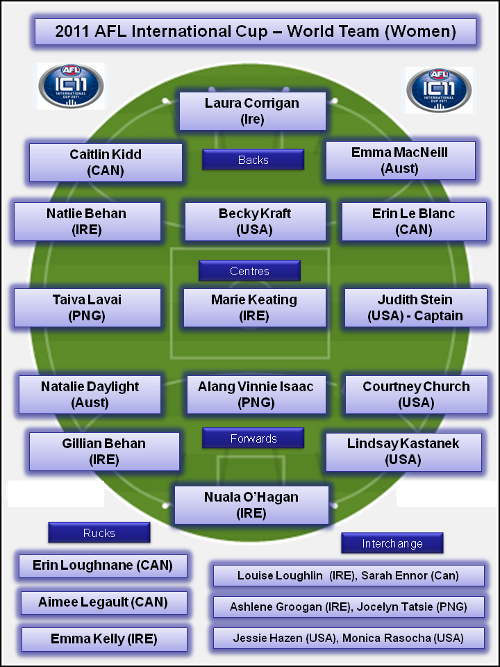