Game Day 8 - China finish with a win over Crocs 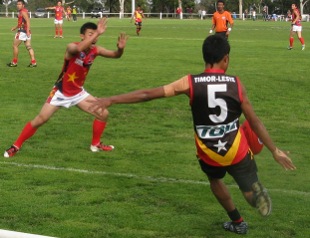 It was the playoff for the wooden spoon – or more likely to avoid the wooden spoon.  The game was a good one that matched two teams that clearly were of similar abilities.  Today the winner would be China by seven points.  But the winless Timor Leste are winners just for being here, remembering there are a number of other countries that could not muster the resources to make it to this year’s competition, and the tiny Australian neighbour only not long ago achieved sovereignty from Indonesia with some difficulty.

While of similar abilities the two teams were not of similar physical builds and in the first quarter China were out to an early lead using their height advantage up forward with high kicking and marking goals to #33 (unlisted) and Xu Jian (#7) resulting from such marks in front of goal.  Timor Leste were providing a contest with Manuel Marsil Santos Da Silva (#20) leading the way on the half back line but couldn’t get the ball forward until late in the quarter when Carvalho Pereira (#10) was able to kick a running goal.

The second term was an arm wrestle with only one goal scored for the quarter as #33 (unlisted) goaled from point blank range after a quick break from the middle by China.  At half time the Chinese lead by 11 points.

China took charge after half time with three goals again mostly due to long kicking and their height advantage while Timor Leste kept touch with a goal to Carlos Britto (#21) but the 20 point deficit looked too much for his team at ¾ time.

Timor Leste refused to give up in the last quarter and moved the ball inside their 50 numerous times but could not penetrate the Chinese defense more than once in the first half of the quarter  Estanislau Maria Da Gloria Sarmento Caldas (#8) kicking what looked like it would be their only goal.   But pure persistence lead to Carlos receiving a free kick for a tackle and goaling from 40m out.  The charge was on and the Timor Leste onballers were at every contest tackling and were rewarded by the umpires.  When Carlos goaled to put his team within seven points it looked like they might bridge the gap.  But in the end they were beaten by both China and the clock.

There is much to like about the Timor Leste team’s application to the game and fledgling skills.  Should football continue to grow in their tiny nation we can see them improving on their 18th finish the next time the world’s teams come together.  Similarly but on a larger scale China obviously has the potential to spread the game throughout their land that no doubt potentially has thousands of elite athletes but the challenge will be that the game remains an exotic and foreign one.  17th at this competition is a good reflection on their current abilities. 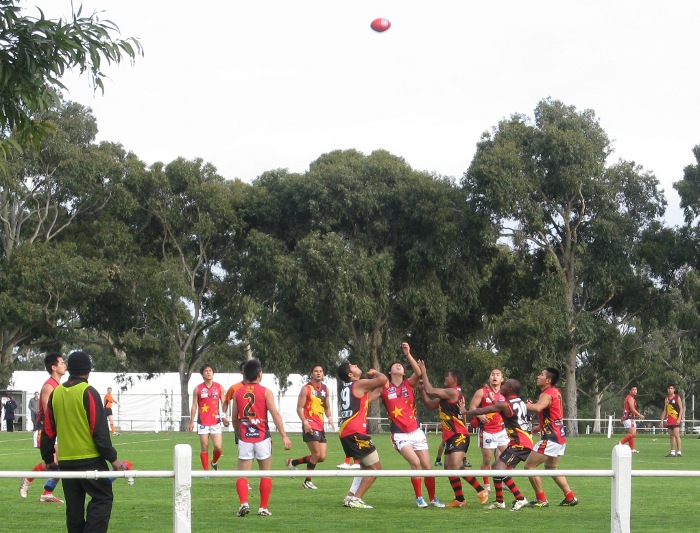 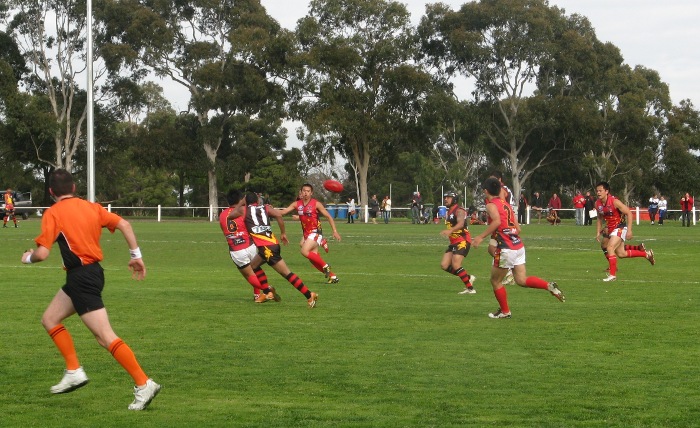 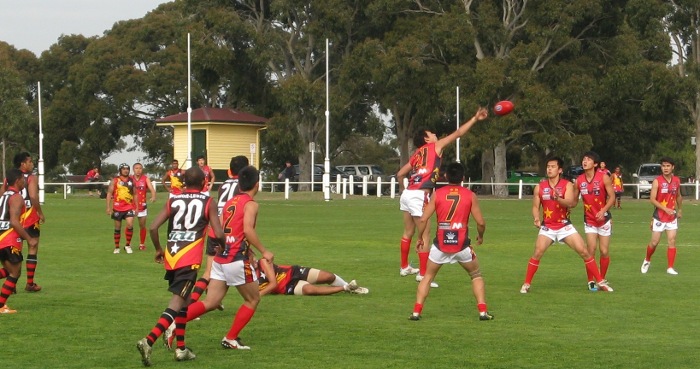 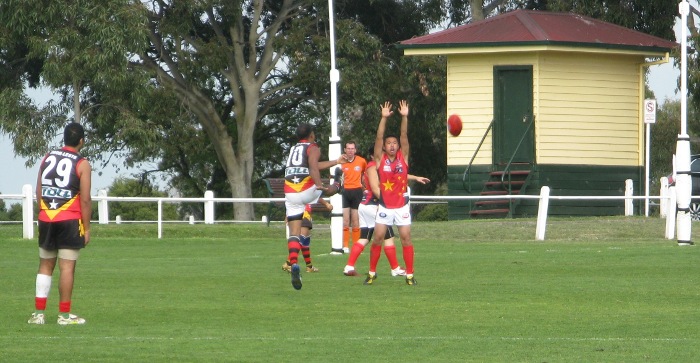 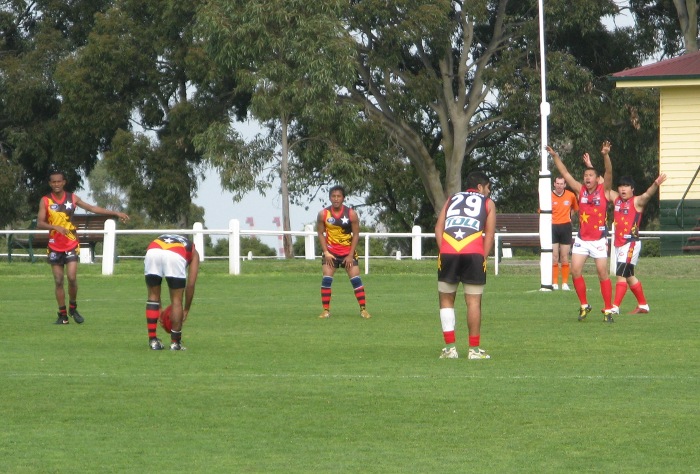