It was PNG that threatened to take the game away early.

Ali Pinda kicked the game's first goal, after receiving a free kick for a high tackle, directly in front of goal. The Mozzies were repelling all Irish attacks, with Tiernan Carbry and Lawrie Logo holding fort in the defensive 50.

A long kick to full forward to full forward from Brendan Beno saw Susuve go up for the mark and be pushed in the back, kicking PNG's second go from the resulting free kick.

Fergal McManus marked 40 metres out from Ireland's goal, then received a 50 metre penalty when his PNG opponent ran across the mark, kicking Ireland's first from the goalsquare.

But that was all the scoring the Warriors could manage in the first term, David Meli kicking PNG's third just before quarter time to give the Mozzies a 14-point lead.

The Mozzies burst out of the blocks in the second quarter, with Ali Pinda kicking a point from 40 metres out early in the term. Brendan Beno received a centering kick from Pinda shortly thereafter to kick PNG's first for the term.

When Stanis Susuve kicked a brilliant checkside goal from deep in the pocket 10 minutes into the quarter, the Mozzes were out to a 28-point lead ad looked set to take home back-to-back International Cups.

From here, the Irish rallied with two goals to Mick Finn in as many minutes - the first from a mark at centre half forward, the second from a powerful pack mark, putting Ireland back within 16 points at half time.

Passions were running high, and a melee broke out between the Warriors and Mozzies after the half time siren, before officials stepped in to separate the two sides.

The third quarter saw the Irish attack continue, with Fergal McManus kicking the first of the quarter after receiving a free for a high tackle, then following it up for his second goal, sharking it off the pack and snapping on the run.

Finn had a chance to put the Irish in front, but only achieved a behind, followed by a set shot on goal by John Heslin that went out on the full. Another strong mark at centre half forward to Mick Finn resulted in another point, and the Irish went to the break only 1 point down.

The final term opened with Michael Carey kicking a point from just on 50, to draw level.

After a 25 metre penalty was awaded to Ireland at half back, a running passage of play through the centre saw Mick Finn receive the ball just outside 50 and kick it long over the pack, where it bounced through for a goal, finally giving Ireland the lead.

From here the Mozzies couldn't connect the dots in the forward line, although Peter Labi and Lawrie Logo were standing tall across half back with their strong marking holding the Irish from going further in front. Brendon Beno even found himself in defence, playing well in a situation unfamiliar to how we've seen him at the IC11.

Susuve took a strong mark on the lead at centre half forward and had a chance to bring PNG back into the match, but kicked it out on the full.

When Ferghal Purcell gathered, ran in and goaled, Ireland were 2 goals up with only a few minutes remaining.

A clash of heads at PNG's centre half forward saw two Irish players go down briefly, threatening to eat into the clock and push the match even further from their grasp,

Susuve had another shot at goal, but hit the behind post.

When the siren went, the Irish were 2 goals up, with Mick Finn kicking a goal after the siren make Ireland 18 point winners, becoming the first side to win 2 Men's International Cups, and doing so in the same year they won the first Women's. 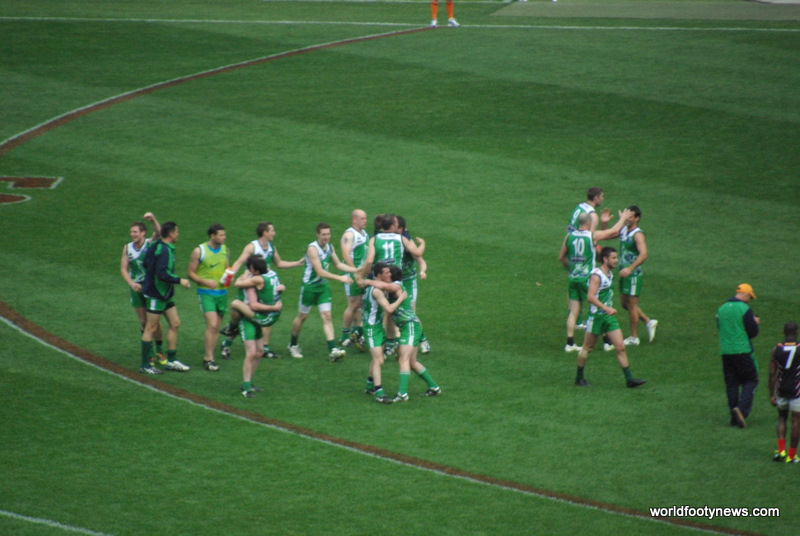 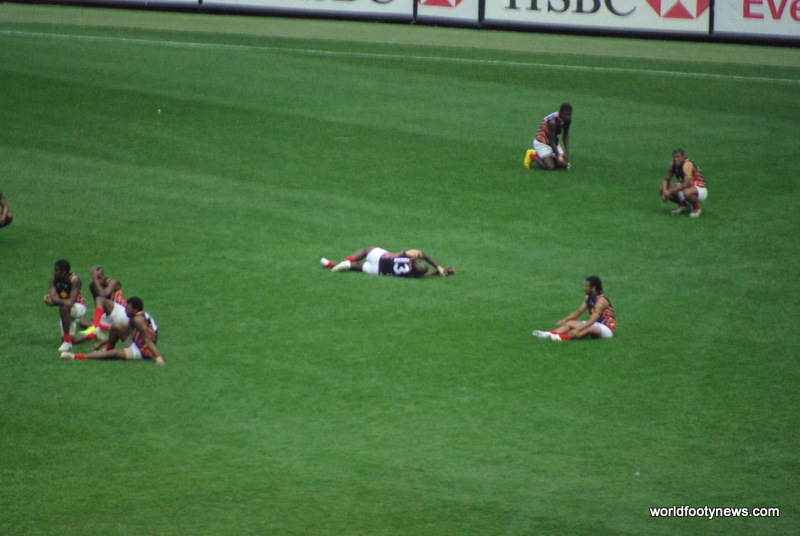 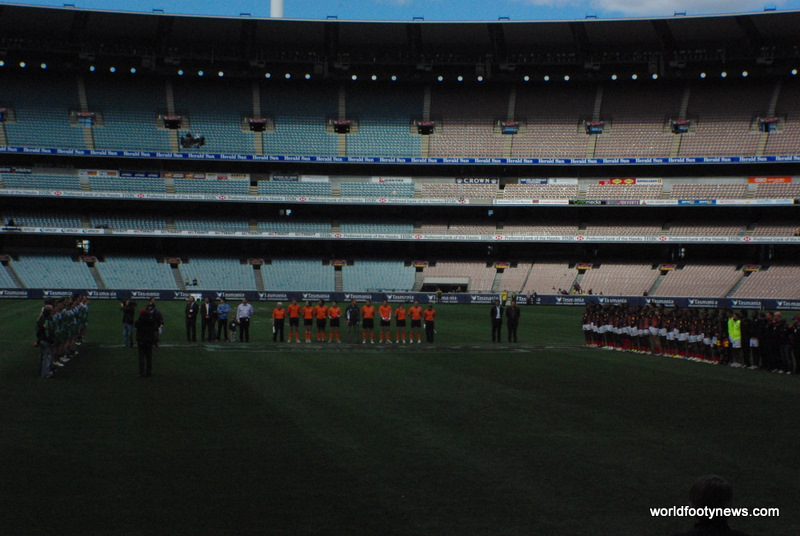 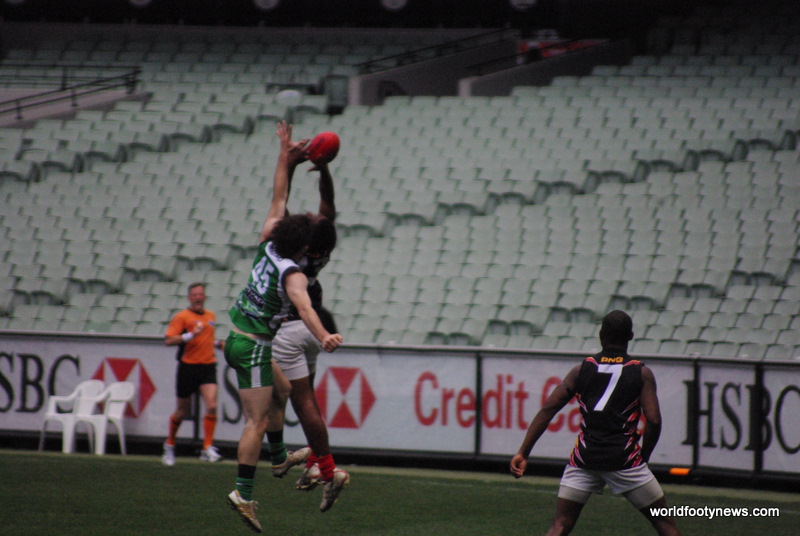 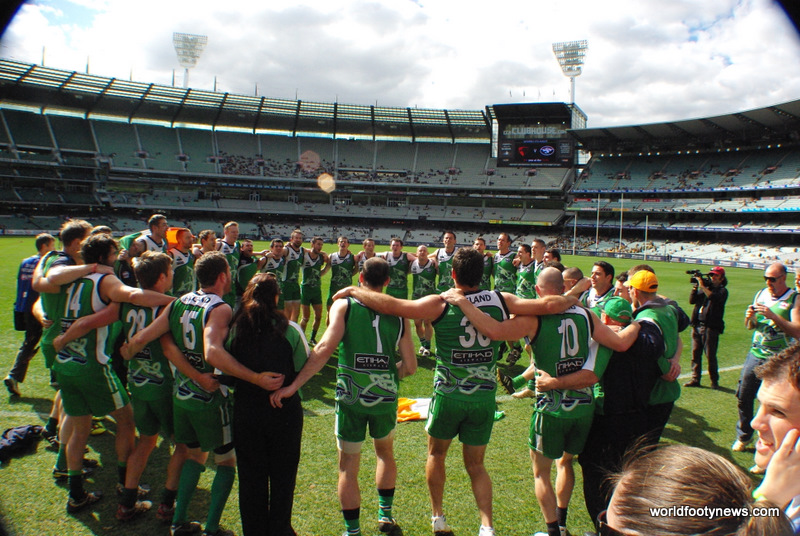 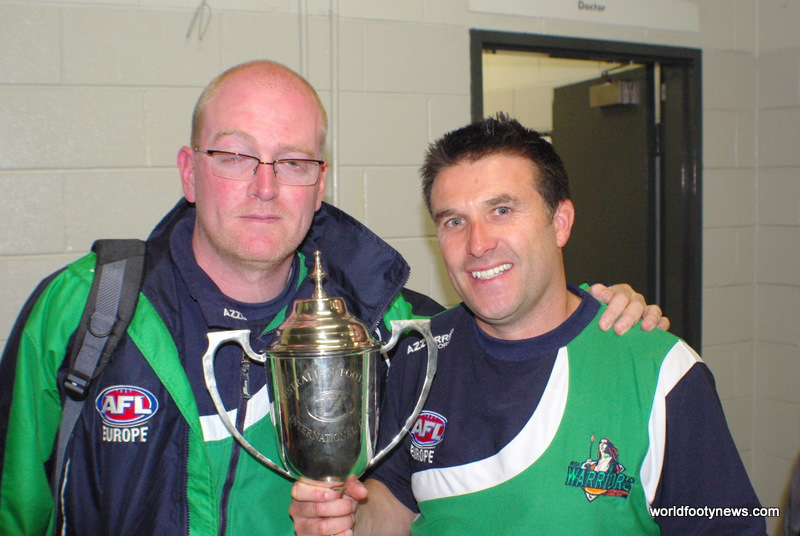