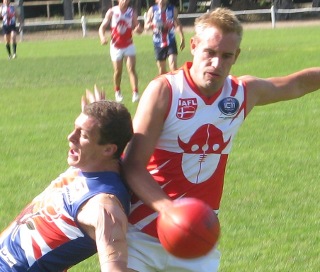 The second game for the morning on McAllister oval would be the battle for 7th placing between European rivals Great Britain and Denmark. With clouds breaking to a fine sunny morning and the breeze picking up, the 1st quarter saw Great Britain attacking consistently against strong pressure from the Danes. After racking up 5 straight behinds, including successive misses to Judson (#7), the Brits had wasted an early chance to take control.

The Danes were at times more precise and one such forward move, not surprisingly including a decisive disposal from the World XVIII experienced Biron, saw Norlander converting a set shot on goal and Denmark suddenly held a 1 point lead.

At the first break, a further behind to GB via Chris James saw scores level, but 6 shots to 1 and the Danes knew they were fortunate to be in such a position.

Great Britain started the second term desperate for a goal, and when James’ dribbled kick headed goal ward, the bench thought the first one was on the board. However, desperate defence from the Danes held out and the Brits' eighth behind was rushed through. Denmark was struggling to break clear and with 35 players in the one half, the Danes had no forward line, however a turnover midfield by the Bulldogs via a tackle and incorrect disposal saw Denmark able to push forward.

The Danes were at times over using the handball and chipping sideways, sometimes creatively to make space, other times indecisively but eventually, a mark inside 50 to Rene Damborg Jensen, a handball to the dangerous Biron and the ball found itself to the reliable skipper Rose who goaled and suddenly the Danes were ahead with 2 straight to 8 behinds.

The Brits hit back quickly though, and when Tom Mercer found himself with time to steady and goaling on the run from 30 out, the Bulldogs had regained the lead. One more behind to the Vikings saw out the half. An excellent first half, the Bulldogs looking more likely but not having the space or time to execute due to the Danish pressure.

The third quarter saw an early dangerous move by Denmark wasted as Norlander dropped what should have been a gimme chest mark and would have been a gettable shot on goal. The Bulldogs rebounded quickly, and the solid Judson finished it off, drilling the 2nd goal for Great Britain. From here on, the Bulldogs took control of the game, slamming on 6.1 for the quarter to the Danes unable to bother the scorers. Judson followed up with a 2nd, then Worthington running into an open goal to make it a 20 pt lead. Big Anthony Trigg delighted himself with a snap over the shoulder and a mark and goal to Lee Tarn and another forward 50 free and resultant goal to Worthington again made it a 38 point margin at the final break. A devastating quarter, Great Britain's best of the tournament.

The last quarter saw a goal each, an early free in front gave Tarn a second, and later following good work by the tireless Djernes, the ball ended up in the hands of Biron who snared a deserved goal. All too late as the Brits finish the tournament a credible 7th and Denmark 8th. 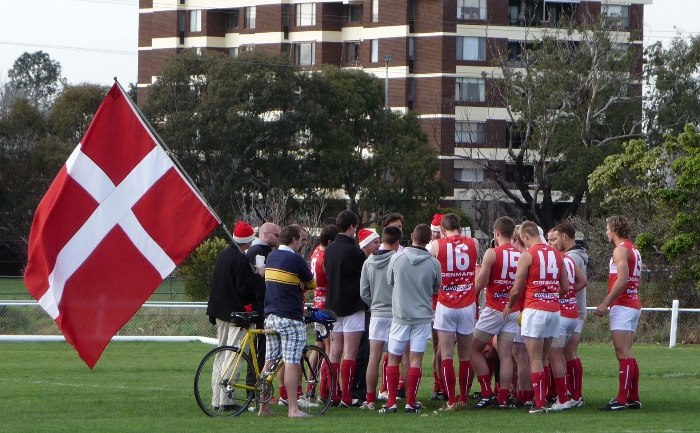 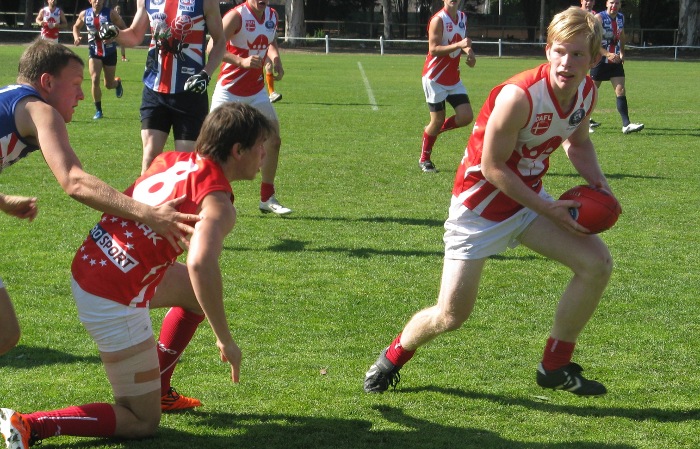 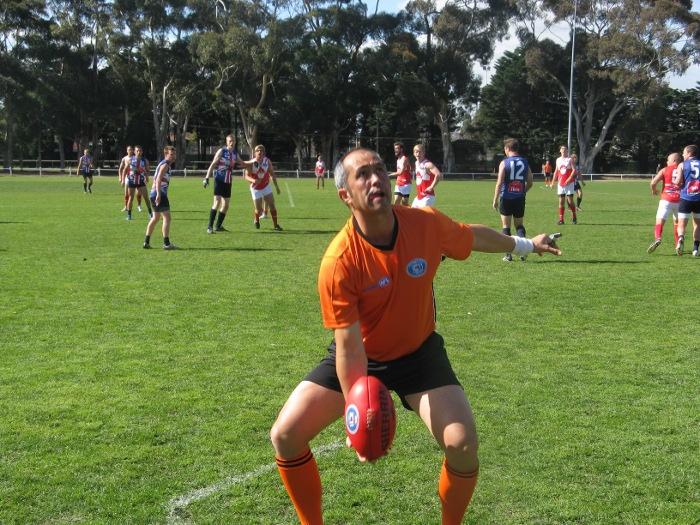 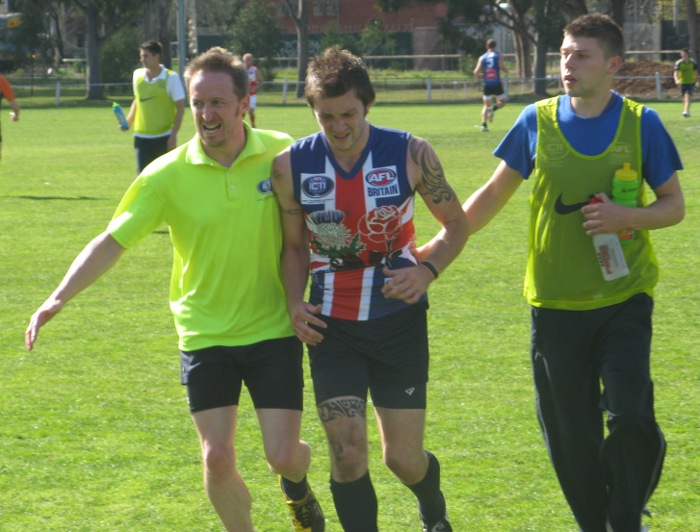 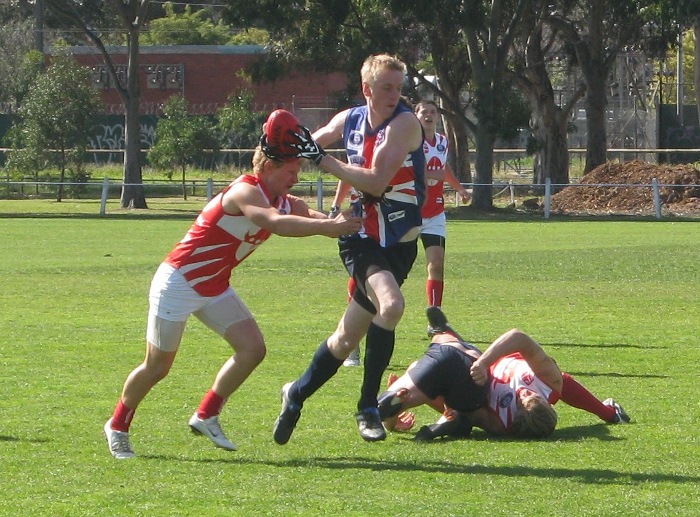 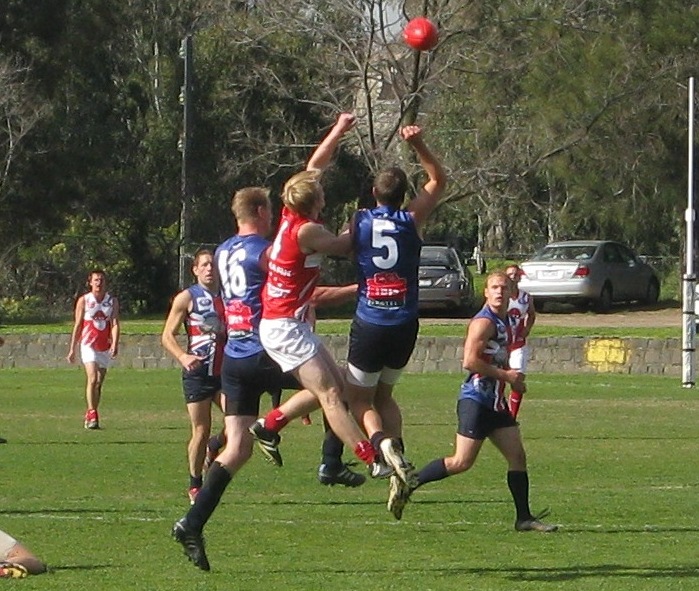 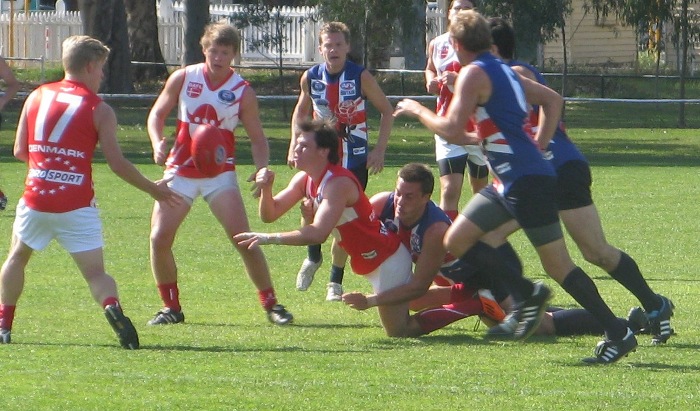 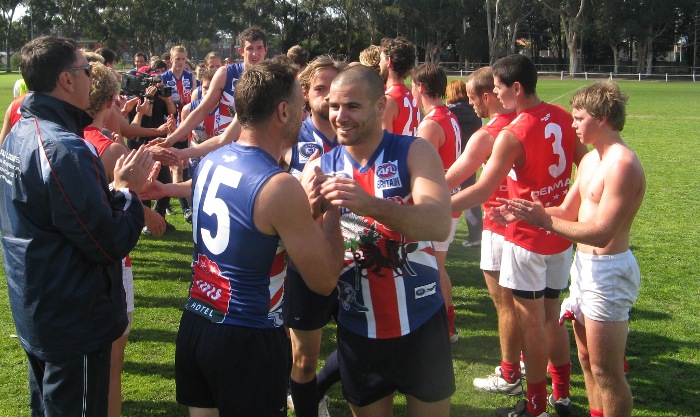 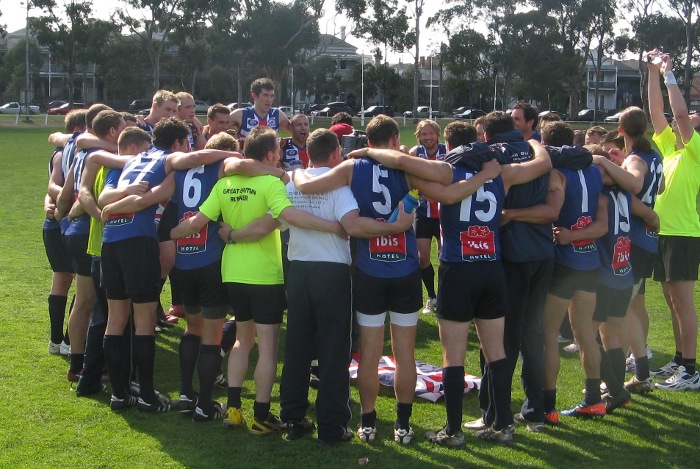