Game Day 7 - Hawks down as Irish return to MCG 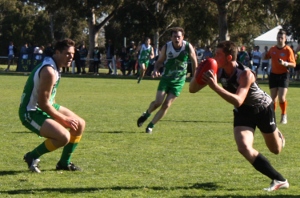 The Irish Warriors have out played the New Zealand Hawks to reach the grand final of the International Rules Cup 2011. A determined four quarter display saw the Irish prevail in a tough physical encounter.

Ireland’s seemingly superior desire and work rate saw them dominate the contested possession and deny the Hawks time and space on the ball. The Hawks were unable to get their flowing passing game going as they found the Irish half back line continually repelling their advances. Michael Carey kicked all five of Ireland’s goals as the NZ back line had no answer for the forward who has been honing his skills at Sydney University.

Ireland roared out the traps early as Alan Coomey set up the first goal with a precise pass to find Carey. He played on and goaled from 30 metres out to take a lead they would never surrender. This was followed shortly by Ferghal Purcell, one of several Irish players from the UTS Bats side in Sydney, finding Carey in space again to snap through for a major.

As the quarter progressed the Hawks found a foothold into the game and began to threaten. Their good play was finally rewarded when Andrew Christensen goaled following a series of handballs to close the quarter time gap to 2.4 to 1.0.

NZ tried to press on after the first break only to be repelled by the excellent Brendan Nannery and Richmond recruit John Heslin amongst others on the Irish half back line.

Ger Walls was moved to the ruck as Ireland began to make their dominance show on the score board as the prolific Carey again punished some slack marking. The Hawks however struck back as Lukas Swart goaled following an excellent mark from Captain Andrew Crighton.

Just before half time, Ireland crucially managed to goal twice in quick succession with Carey again proving to be the NZ nemesis. First he was set up by quick hands from Purcell and just on the siren he snapped following a ball up close to the NZ goal square. The lead was now an imposing 5.5 to 2.0 in warm tiring conditions.

The NZ team needed to hit the second half hard but with the excellent Roch Hanmore and Mick Finn in fine form they failed to get the goals they needed only managing one behind for the quarter. That they remained in the game was only down to the inaccuracy of the Irish in front of goal, 8 behinds and no goals telling the story.

In the forth quarter the intensity of the contest dropped as the teams began to tire. With their rock solid defence the Irish knew that the game was virtually won, and began to play the ball around. Niall McDonagh hit the post from a tight angle, after he was picked out by the superb Niall O’Brien but there were no more goals as Ireland failed to work the ball into good shooting situations. Thus difficult kicks from difficult angles resulted in behinds as Ireland won the day 5.16 (46) to 2.1 (13).

There was muted celebration from the Irish as they know that bigger challenges are ahead in the showdown against a strong PNG side in Saturday's final.   It's a return to the MCG for Ireland for the first time since they won the inaugural International Cup, also against PNG. 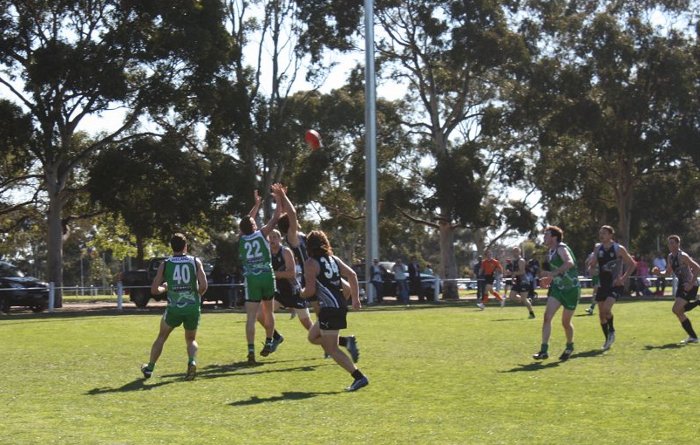 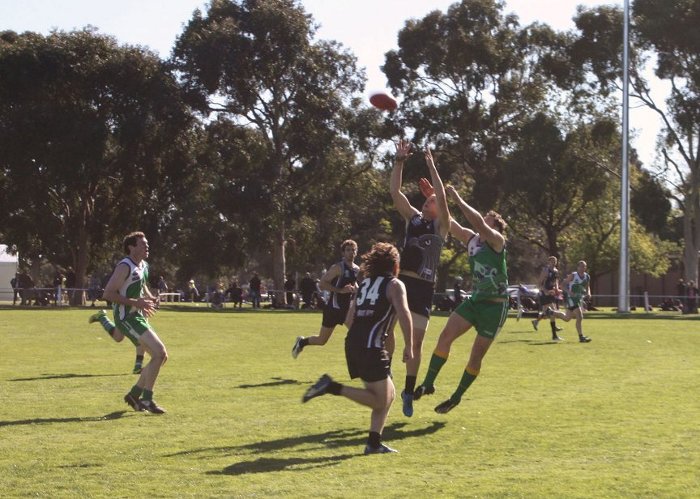 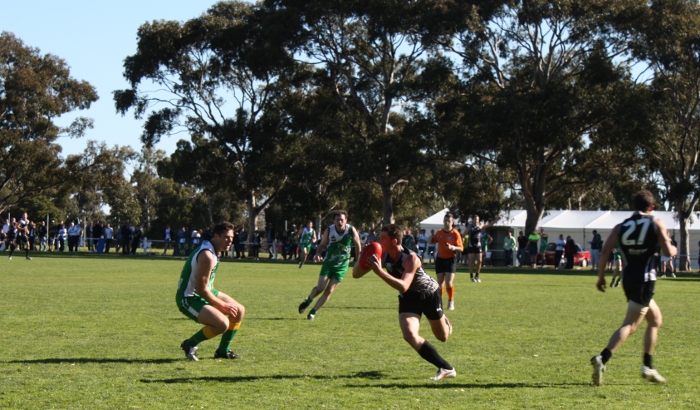