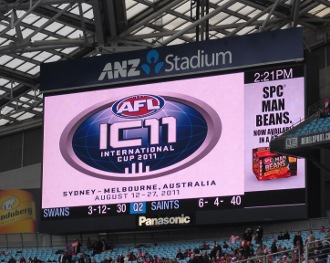 After the curtain raiser game between the USA Freedom and South Africa Lions, won easily in the end by the Americans, despite hurting themselves with some poor goalkicking, representatives from each team went down to the field to form a guard of honour for the day’s main event: AFL Sydney Swans vs St Kilda.

After that, apart from the Sydney Swans’ forwards’ kicking resembling that of the Americans, the Swans' behinds tally also looking similar, the next time the crowds got some International action was at half time for the Parade of Nations. It started with the International Cup logo, looking enormous on the ANZ Stadium’s big screens, then out the teams came, one by one, from opposite ends of the ground, walking in line in front of the cheering crowds. As they came out, the commentators announced where each team was from to roaring applause. The teams proudly carried their flags (and their kids) and waved back up at the crowds. Some even came over to meet the local kids who were leaning enthusiastically over the barriers.

We'll add some more photos to our photo gallery later in the day. 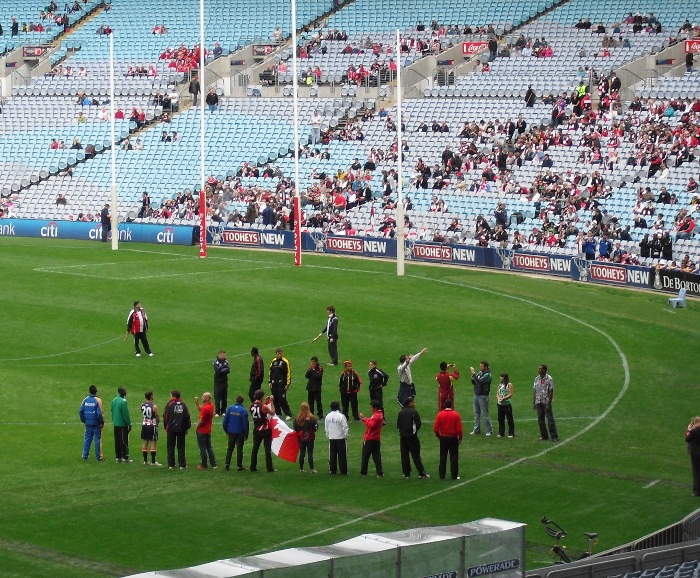 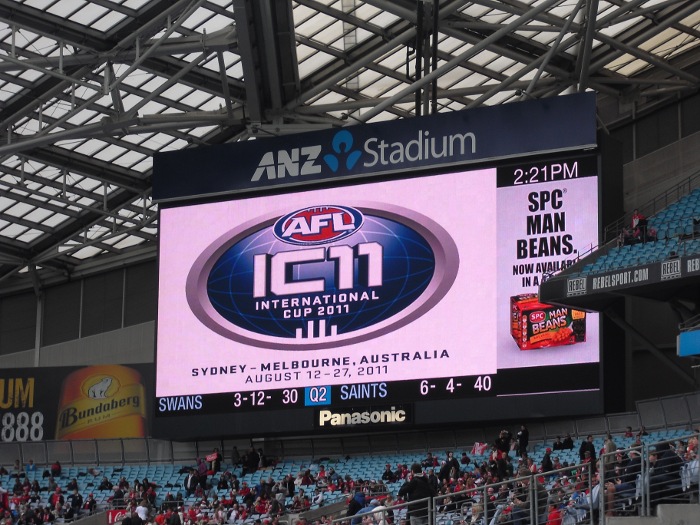 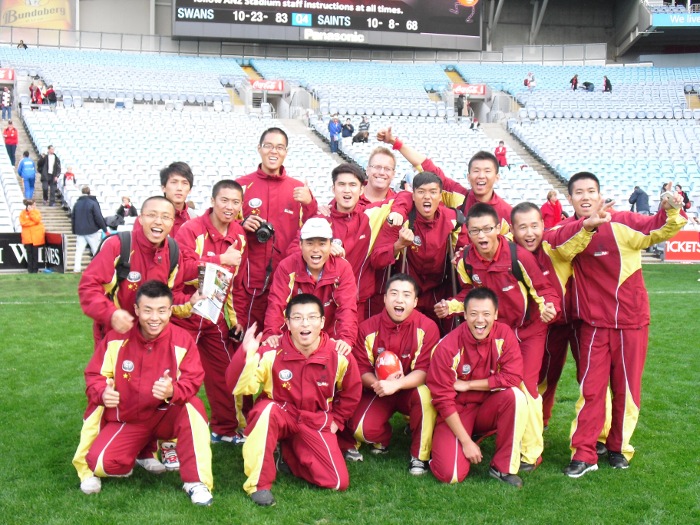