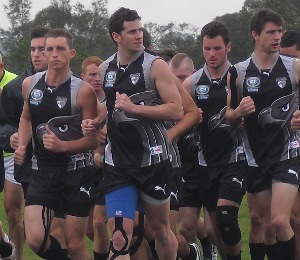 It was Game Day 3 of the 4th International Cup and Great Britain headed to Bruce Purser Reserve, Rouse Hill in northwestern Sydney to take on the might of number two seed New Zealand.  The Kiwis were red hot favourites but after a great win over Canada the Bulldogs had ever right to attack this game with confidence.

It was a wet and cold day but the Kiwis came onto the field looking confident, and as the British Bulldogs lined up, the Hawks set up for the Haka. Though the Bulldogs stared back with unmoved faces, it appeared that the Haka may have had some effect on one side, as it all went New Zealand’s way. The Kiwis has superb aerial marking skills and the Bulldogs’ kicking game was playing straight into their hands. With the Bulldogs maybe still sore from their cracking win over Canada two days before, they were a little slow going into tackles and challenges, and the Hawks started to swoop all over them, kicking four goals and seven behinds before the siren sounded.

Despite the already impressive goal difference, the Bulldogs came out after the break snarling, and their defence knitting together, they pushed the Kiwis back and held them goal-less until halfway through the second quarter. After the Hawks finally broke through though, the Bulldogs started showing signs of tiredness, but somehow managed to hold the Hawks to two behinds. Whilst they may be no greyhounds, the Bulldogs’ fighting spirit was unbroken, and in a late surge, they finally broke through the Hawks midfield, but it just wasn’t to be and their only real attempt in the first half went behind.

After the half time break the weather and field conditions had deteriorated to the point that the Hawks decided to switch their style from long kicking to running the ball up. Seemingly unaware of this, and unnerved by an attempt to tap and run with the ball after a behind going badly wrong, the Bulldogs clung onto their unsuccessful long kicking style, but unfortunately no so the ball, and the New Zealanders’ marking abilities, regardless of the banana skin Sherrin, were extremely impressive. So was their ability to quickly switch the ball, even using short kicks, and evade the Bulldogs defence, leading to five more goals for them in the third quarter.

With the Bulldogs unable to adapt to the wet conditions, they faced a continued onslaught by the Kiwi boys. Despite virtually every kick outsfrom the goal square being marked by the opposition, the British boys clung onto Bulldogs’ footy, seemingly unable to counter. With the seconds counting down to a big defeat at the hands of the mighty Hawks, the British once again rallied, bursting through the gaps in the Kiwi midfield and earning a shot on goal. The Bulldogs finally bared their teeth, but it was just a front, the ball once again slipping behind for a two point total.

A disappointing day for the Brits after so much promise against Canada, whilst for New Zealand their well drilled troops look primed for semi-final action. 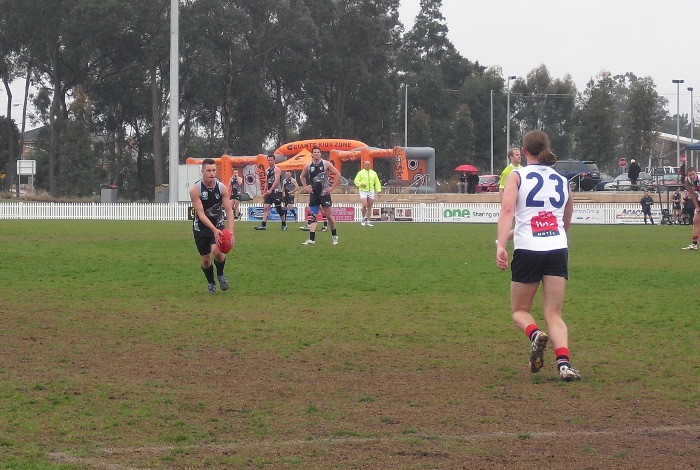 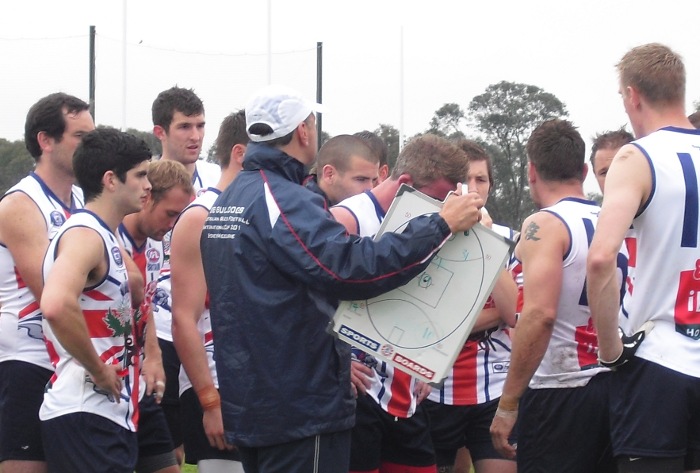 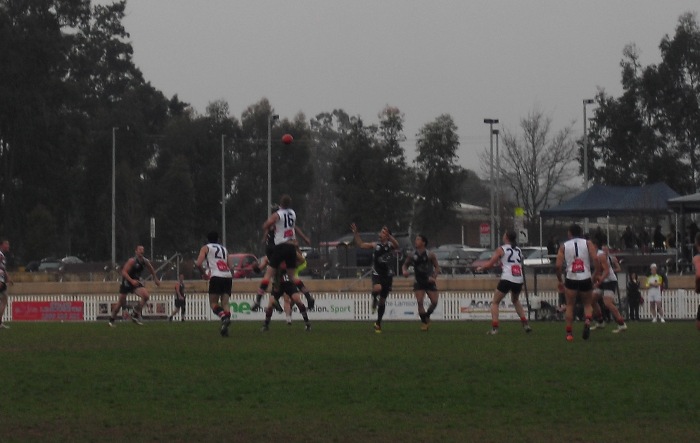 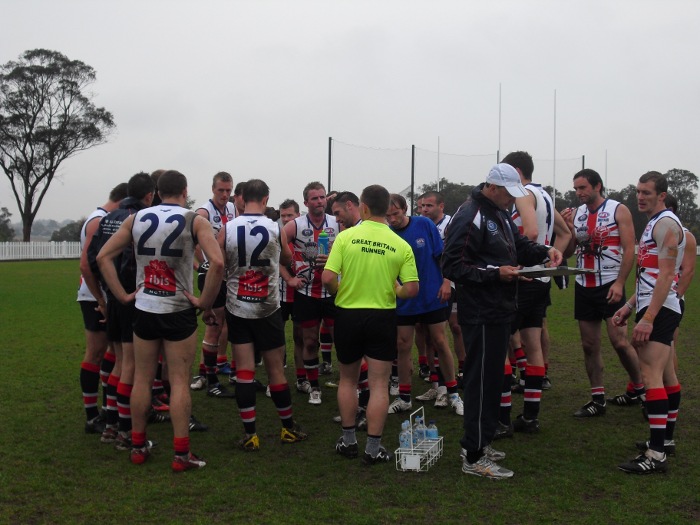