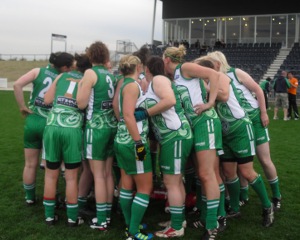 A mix of bright sunshine and clouds greated the Canadian and Irish women as they took to Blacktown's number one footy oval for their first ever meeting and just the second women's match ever in the International Cup.

The Irish Banshees came onto the field as favourites but the Canadian Northern Lights were determined to make an impact in their first game. Both teams were evenly matched for height and build, just the Irish, with many players based in the Sydney Women's AFL teams, leading by experience. The game was fought out mostly in midfield in the first half, with neither team managing to dent the strong defence of the others, but Ireland managed to squeeze through, taking the first goal. But the Canadians came back, cheered on by the men’s team on the sidelines, and managed to claw back to 6 all before quarter time.

In the 3rd quarter Canada came out fighting, but Ireland soon showed them who was boss. The frustration starting to affect some of the Northern Lights, a hard tackle coming in after a clean mark by the Banshees’ Hazley led to a shot on goal from right in front of the sticks and another goal for the Irish.

The last quarter was far more even, with the Northern Lights pulling back into defence, effectively managing to limit the damage being inflicted on them by the Banshees. Though the Canadians rarely made it past the halfway point, their defensive wall shut out the Banshees entirely, definitely a ray of home to take with them into their next game against the PNG Flame. 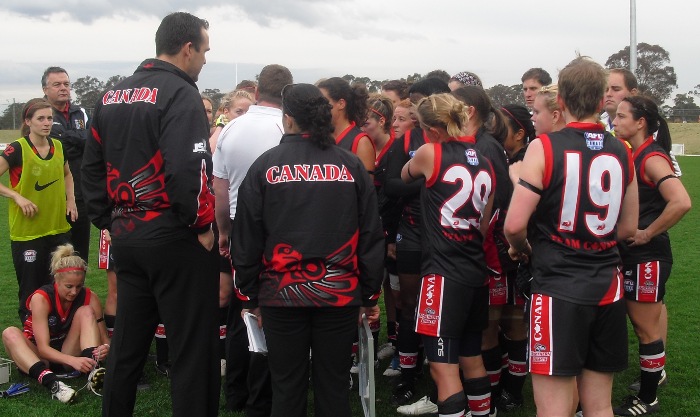 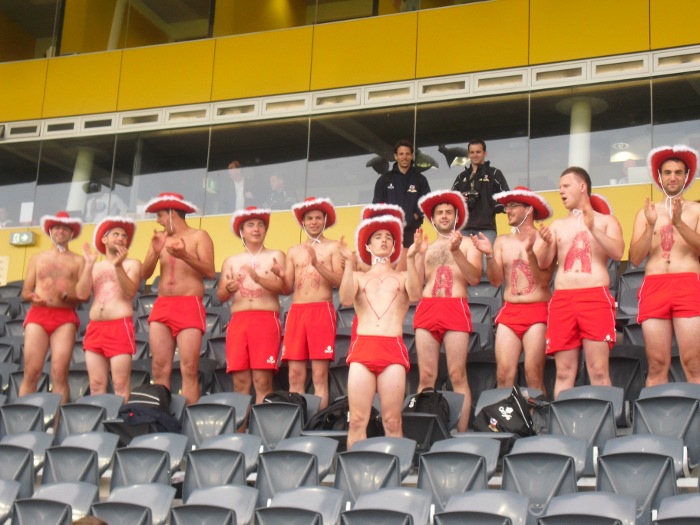 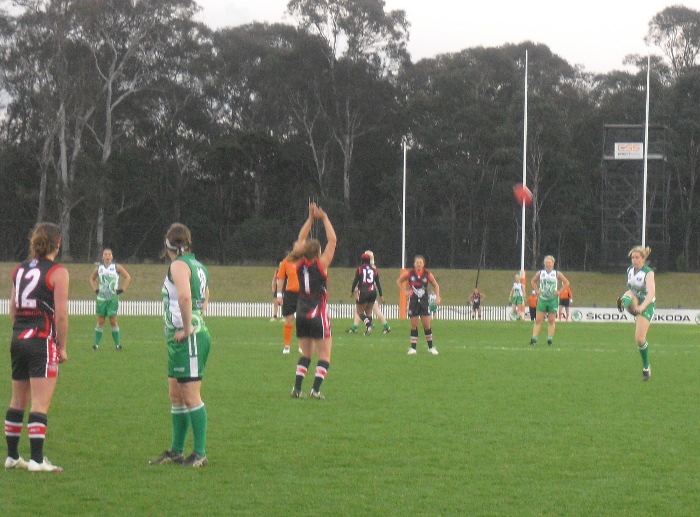