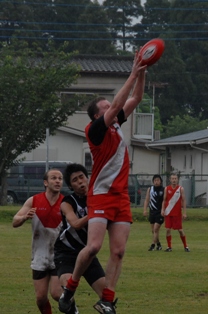 Round two of the Japan AFL season has been (mostly) played and won, with another emphatic win to the Tokyo Goannas, who after only two rounds, are already looking like favourites for the flag.

The Goannas started the round with a 108 point victory, their 15th in succession since 2007, over the Komazawa Magpies in Chiba.

The reigning premiers booted 5.4 to nothing in the first quarter on the way to an 18.22 (130) to 3.4 (22) demolition job. Although led tenaciously in the ruck by Tanaka, the Magpies had no answer to the ball-winning ability of the Goannas midfielders, Wilson and Jones especially prominent.

At Shinshiro Sogo Park, accuracy in front of goal gave the Nagoya Redbacks a tough win over the Tokyo Leopards.

The Leopards came out all guns blazing, dominating the first quarter 6.4 to 2.0 For the rest of the game, however, inaccuracy in front of goal cost Tokyo dearly. At half-time they had 15 scoring shots to 6, but the margin was only 14 points. As the saying goes, poor kicking is poor football, and the Redbacks came to life in the second half, running out 14.7 (91) to 9.14 (68) victors in a hard fought affair.

The Osaka Dingoes - Senshu Powers game will be played in October. 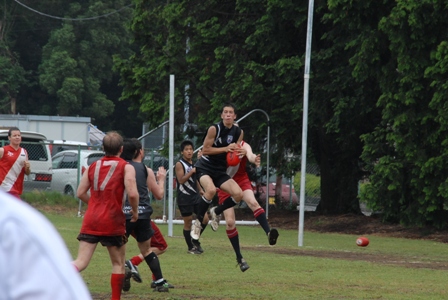 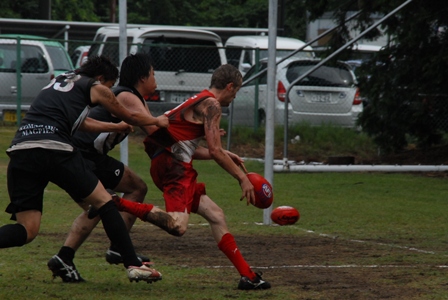 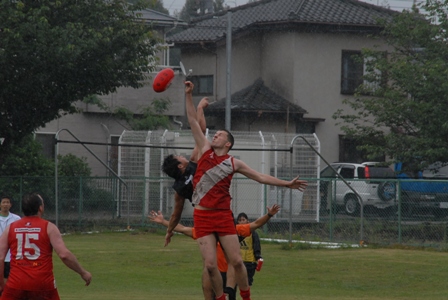