The Aussie All comers team has defeated the US Revolution team by 37 points at the UCLA today on a playing surface roughly the same size as the SCG. The match was played in front of a sell out crowd, as the curtain raiser to the Sydney V Kangaroos exhibition match, which the Kangaroos won by 48 points. Australian celebrities joined the the capacity crowd including, Olivia Newtown-John, Layne Beachley and Hugh Jackman. Australian Federal Treasurer Peter Costello, and former politicians John Olsen and Tim Fischer were also present.

Match reports to follow as they come in. Photos of the Aussie All-comers side added courtesy of Mark McParland. 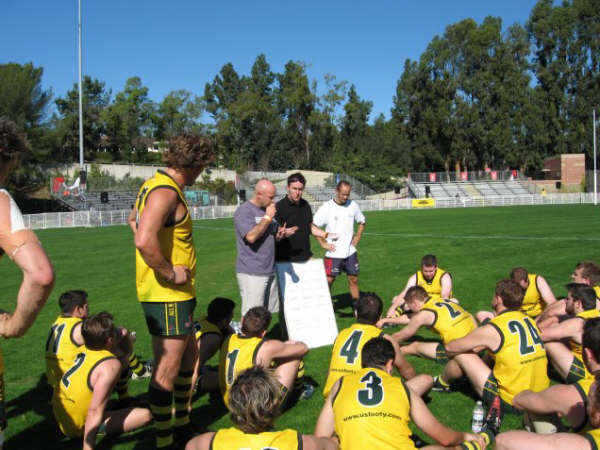