Australian Rules football has a relatively long history in Canada, going back to 1989 in Ontario. The 10 club league is well established there, but perhaps surprisingly it is newcomers Vancouver, on the western side of the country, that appear to be doing some of the best junior development in the country.

It probably cannot be disputed that junior development is vital for footy to grow to a strong level in any given country. Although there will always be some talented athletes who take up the game in their late teens or early twenties, and reach a high standard, it is likely to be the exception rather than the rule. Many players find that, despite dedicated hours on the track, they never quite develop that innate feel for the game, the freakish sense of where your opponent is and where to run. Even at AFL level, there are many different degrees to which players have this ability - champions such as former Adelaide player Darren Jarman spring to mind as someone who would baulk almost mid-kick to avoid a smoother, or blind turn out of trouble. As countries like New Zealand and Papua New Guinea increasely teach children Australian Rules football at a young age, the quality of international matches will begin to rise rapidly. Given some of the juniors PNG have playing in the Cairns AFL at senior level (see earlier story), big things could be expected of them in Melbourne in 2005.

For other nations to compete, spreading the game into schools must become a high priority. Of course this takes a lot of time, effort and resources, so is unlikely to happen to any great extent until there is a critical mass of adult players in any one location. Increasingly people will be found who can or will make the time to do clinics and run competitions. Perhaps when the current crop of senior players have children we will see a second wave of growth of footy across the world - not just their kids, but the competitions that might spring from their efforts to provide their children with junior leagues to play in.

Vancouver Cougars have made the big effort to get the North Delta Junior AFL (NDJAFL) up and running. It is for children from 10 to 13 years, and their second season has been completed, with over 50 kids involved. Division 1 featured four sides, the Bombers, Tassie Devils, Wombats and Swans, with the Bombers winning the 9 round season. Division 2 had the Dingos coming out on top over the Boomers. Pictured are the winning Bombers side, with the guys who run the competition. Also shown is the Mike McFarlane Medalist as best player for the tournament, Josh Pisiak, who played for the Wombats. It is early in his career but there are "good wraps" on this young man.

Mike McFarlane and Jason Stratford have been two key workers in the league, and are keen for any further support anyone can offer (contact World Footy News or the guys directly via BC Footy). Although a born and bred Canadian, Mike has strong Australian football roots. His father and uncle both have best and fairests named after them (at the Vancouver Cougars and Port Melbourne respectively), and he is a second cousin of the famous South Melbourne player Bob Skilton. Skilton won three Brownlow Medals for the club that went on to become the Sydney Swans. All things going well, Mike and Jason hope to continue the league and provide an older age grouping for the players in coming years. If they can pull it off, it should be a great source of new players for the Cougars and the proposed offshoot club, the Fraser Valley Eagles. Perhaps even a four club league could be on the cards in 5 to 10 years. In a few years from now Canada's national side the Northwind could be benefitting from the grassroots work being put in today. 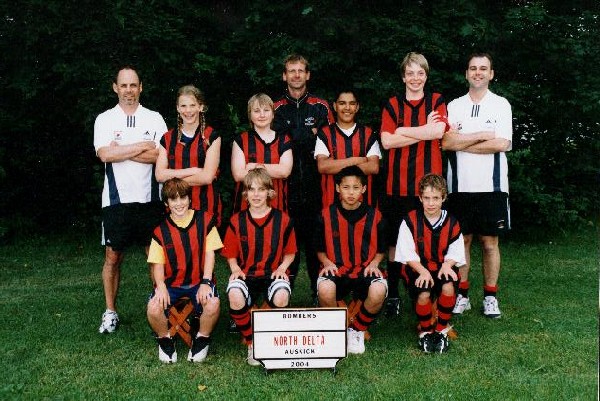